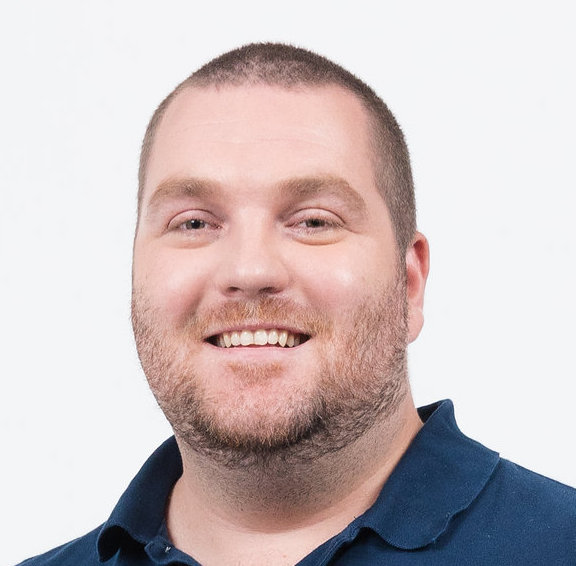 Jay was born in Cambridge (UK) but moved, when he was four, to the United States. Jay grew up in Brookhaven National Laboratory’s backyard, Long Island, and attended school at Suffolk University in Boston where he received a degree (BS) in Marketing with a minor in Information Systems. Jay became keenly interested in computers when a parent’s colleague gifted him a CD-ROM with a slew of MS-DOS-based games. It was through the immortal wisdom of the game “Ecco the Dolphin” that his wrists became transfixed to the computer desk and they’ve been there ever since. In his spare time, he enjoys reading and learning to live without sleep as he and his wife had their first child in October

What brought you to ESnet?

I came to ESnet as a Network Engineer who had been working for a commercial ISP, Pilot Fiber, based out of Manhattan for the last 3 years. I had joined the ranks of the Service-Provider lifestyle right out of college as a call center technician and googled every term to climb the ranks to Network Engineer. Nick Buraglio had reached out about the position at ESnet. Knowing that I will be following in my father’s footsteps by helping to ensure the highest degree of scientific collaboration made the decision, to join ESnet, an easy one. I’ll be working onsite at Brookhaven National Laboratory whilst helping to ramp up their connections onto ESnet6 and transitioning into my role as site ambassador.

What is the most exciting thing going on in your field right now?

At the highest level, I think Quantum communication is an exciting thing to read about and to try and understand. Seeing that Quantum computing, in general, has the power to move us from the law of Moore’s to the law of Neven’s is thrilling. A more grounded excitement, at least to me, is the work being done with Segment Routing. Think of it like Waze for your packets. It allows granular steering capabilities alongside ensuring a bird’s eye view of your network. The instructions are encapsulated in the header of the packet and get directed/removed at each node in the path in a matryoshka-doll-esque fashion.

What book would you recommend?

I’m a sucker for a futuristic, dystopian book and The Water Knife by Paolo Bacigalupi fits that need nicely.

Derek Howard is a software developer from Columbia, MO. Prior to joining ESnet, Derek worked as an HPC system administrator for the University of Missouri. Derek also created Augur (https://github.com/chaoss/augur) which is part of the Linux Foundation’s CHAOSS group (https://chaoss.community/), a working group focused on measuring the health and sustainability of open source software.

Derek is part of the Network Services Automation group under John MacAuley, where he will be working primarily on our internal ESnet Database (ESDB). I worked with George Robb at the University of Missouri and he joined ESnet a while ago and it seemed like a great place to work. I asked him if there were any positions at ESnet he thought might be a good fit for me and he referred me to the position I am in now. I’m really happy I joined; it is as great as I expected!

With so much work underway for ESnet6, exciting changes are happening every day. We are pushing to get features out for all of our software as fast as possible right now. Right now, I am working on a feature in ESDB to make it easier for network engineers to verify hardware was installed correctly during router installs.

As far as the broader field goes, I am excited about DDR5 memory becoming commercially available soon.

Question 3: What book would you recommend?

Randall Munroe’s “What If?” – It’s a wonderful collection of serious answers to silly questions by the creator of XKCD.